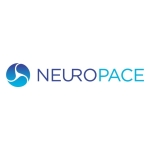 About the RNS® System

The RNS System is the world’s first and only closed-loop
brain-responsive neurostimulation system designed to prevent epileptic
seizures at their source. As a type of brain-computer interface, the RNS
System treats seizures by continuously monitoring brain waves,
recognizing each patient’s unique “seizure onset fingerprint,” and
automatically responding with imperceptible electrical pulses before
seizures occur. The RNS System is composed of a neurostimulator, leads
that are placed at the seizure foci, a remote monitor used by patients
to upload their data, and a RNS Tablet and Patient Data Management
System (PDMS) used by physicians. Physicians can view their patient’s
electrographic data on a secure website and program the device to
personalize therapy for each individual. Unlike anti-epileptic drugs or
resective surgery, brain-responsive neuromodulation outcomes typically
improve with time and do not cause the cognitive side effects that can
be associated with those alternatives. The RNS System is now available
at nearly all comprehensive epilepsy centers in the United States and is
widely covered by private and government insurance.

The RNS® System is an adjunctive therapy for adults with
refractory, focal onset seizures with no more than 2 epileptogenic foci.
See important safety information at www.neuropace.com/safety/.

NeuroPace is the global leader in the emerging field of brain-computer
interface technologies, which is projected to become a $1.2 billion
market by 2024. We are dedicated to developing groundbreaking technology
and advancing brain science to improve the quality of life for millions
of individuals who suffer from neurological disorders. The company’s
first product, the RNS System, is the only FDA-approved brain-responsive
neurostimulator for the treatment of focal onset refractory epilepsy. In
addition to treating epilepsy, brain-responsive neuromodulation holds
the promise of treating other brain disorders that impact quality of
life for millions of patients throughout the world.

Dr Evidence (DRE), an AI-Enabled SaaS Healthcare Insights Company, Taps Industry Experts Joseph A. Boystak as Chairman of the Board and Ameet Nathwani, MD, as Chairman of its Newly Formed Medical Strategy Advisory Board

Dr Evidence (DRE), an AI-Enabled SaaS Healthcare Insights Company, Taps Industry Experts Joseph A. Boystak as Chairman of the Board and Ameet Nathwani, MD, as Chairman of its Newly Formed Medical Strategy Advisory Board